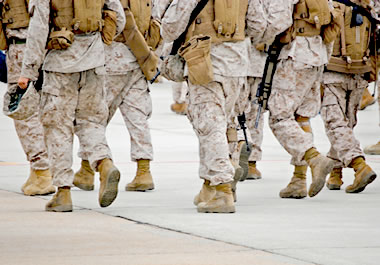 These troops are being deployed for battle.
Learner's definition of DEPLOY

1 [with object] : to organize and send out (people or things) to be used for a particular purpose

2 : to open up and spread out the parts of (something, such as a parachute)