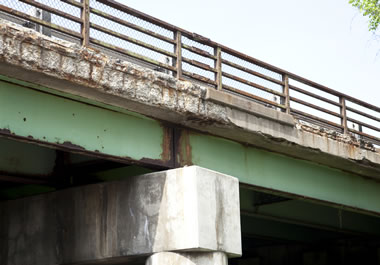 The bridge is deteriorating.
Learner's definition of DETERIORATE

1 [no object] : to become worse as time passes