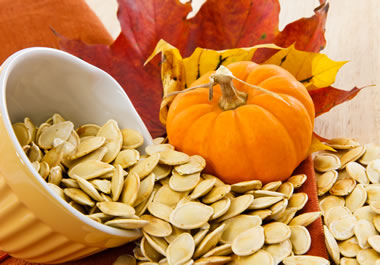 A bowl of pumpkin seeds
Learner's definition of SEED

1 : a small object produced by a plant from which a new plant can grow

— see color picture on THIS PAGE

2 [count] : the beginning of something which continues to develop or grow

3 [count] : a player or team that is ranked as one of the best in a competition (such as a tennis tournament) in order to be sure that the best players or teams do not play against each other in the early part of the competition

a literary : all the children, grandchildren, etc., of a particular man

b old-fashioned + humorous : a man's semen

go to seed or run to seed

2 : to become less attractive, effective, etc., because of age or lack of care